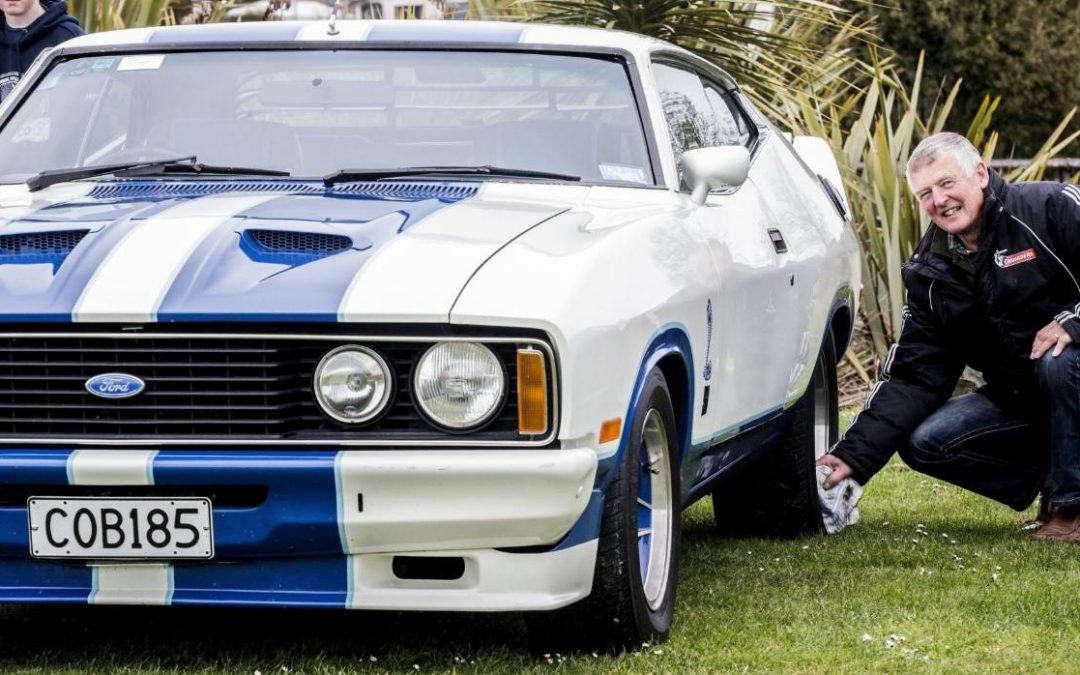 (Photo: Douglas Foster drove his Falcon Cobra down from Christchurch for the All Australian Car Show and drove home with the top award.)

Timaru’s Holden and Falcon Fairlane car clubs join forces to hold an All Australian Car Show at Caroline Bay with the proceeds going to the Westpac Helicopter Appeal.

Australian-made cars were on show at Caroline Bay on Sunday, the first time such an event has been hosted in Timaru since car manufacturing ceased in that country in Octrober 2017.

The fifth annual South Canterbury All Australian Show – hosted by the Timaru Holden and Timaru Falcon Fairlane Car clubs – was held on Father’s Day to raise money for the Westpac Helicopter Appeal, a charity it contributed about $3500 last year.

“Since the Australian car assembly is gone, this car show is going to become more unique as time goes on,” organiser Grant Mehrtens said.

Douglas Foster, of Christchurch, drove home with the top prize in his XC Ford Falcon Cobra coupe, one of just 400 made in the late 1970s just as a new Falcon model was being heralded in (photo at top of page).

Foster bought the car, now valued at about $120,000, more than 20 years after spotting it at a panel beaters in the North Island, and drove it down to Timaru to get it fixed up.